So many new products coming in 2020 for the air gun community, so lets get started. First up Hatsan with some big bores called the Piledriver in 45 and 50cal generating 700+ FPE, and its multi-shot with up to 5 full power shots. This year there are may arrow launchers and Hatsan doesn't disappoint with the Harpoon. The Harpoon will shoot a 20" arrow up to 580fps/310FPE with up to 10 optimal shots.

The Hydra QE with Versa-Cal Technology, which allows the user to switch caliber super quick and easy and eventually can make it an arrow launcher and comes in under $500 and the extra caliber barrels will be very affordable. Hatsan also has a new compressor coming with an auto shut-off to prevent over heating, pressure auto-shutoff, digital and more.

Crosman/Benjamin has some new imported PCP's, Cayden, Kratos and Akela, all with a Turkish Walnut stock. Pricing hasn't been set yet but will be 650-750ish depending on model. Also Benjamin will offer a sem-auto Marauder with a picatinny rail and an AR-15 style charging handle. will be offered in 177 and 22cal with speeds up to 900fps. Hopefully a 25cal will be in the future. Airforce showing off its 50 cal Carbon Fiber bottle Texan generating 800FPE. offerings will in in the LSS and standard models.

Airforce also has the TalonP Carbine. RAW has added to their HM line with a Benchrest model with a flat and wide attachment on the front of the stock. The HM 1000X Chasis Rifle was one of my favorites with a lot of adjustability. The HM Compact with a adjustable MSR rifle rear stock is coming later along with the HM Micro very short barrel with adjustable rear stock and this was a very well balanced maneuverable gun.

Umarex has the Origin that will come with a hand pump coming in under $350. The Origin utilizes a piston in the air tube to keep pressure in the tank so the shooter can be ready to hunt in 13 pumps!! Umarex also has the AirSaber air launcher shooting a 276gr arrow @ 450fps with 169FPE. Umarex even has a c02 version called the AirJavelin shooting 300fps at 30FPE. Umarex also has a new compressor coming this year with a lot of bells and whistles.

Met Travis Whitney with JSAR and they are making some really nice guns and I really liked the Raptor rifle with CF bottle, shrouded barrel, built in power adjuster, built in magazine storage for up to 3 magazines, compatible with AR stocks and grips, extremely stiff tensioned barrel (you can hold this gun straight out by the muzzle and there is no flex) and so much more.

FX although not officially at the Shot Show has some big suprises coming for 2020. Also Brocock started releasing the XR series of rifles that will be huge for them in 2020. Daystate will be making a big release in March. There were some overlooked brands that I think will be not so overlooked in 2020, like BSA and Walther, especially BSA who will have some impressive models for the U.S. market. Gamo and Crosman/Benjamin has some really cool things coming for the youth (who am I kidding, my wife and I thought they were cool and we will probably own them also), but both companies are keeping them under wraps for now. Air Venturi will have a new compressor coming from Hill and we all know the quality of Hill so this will be one to keep your eyes on. 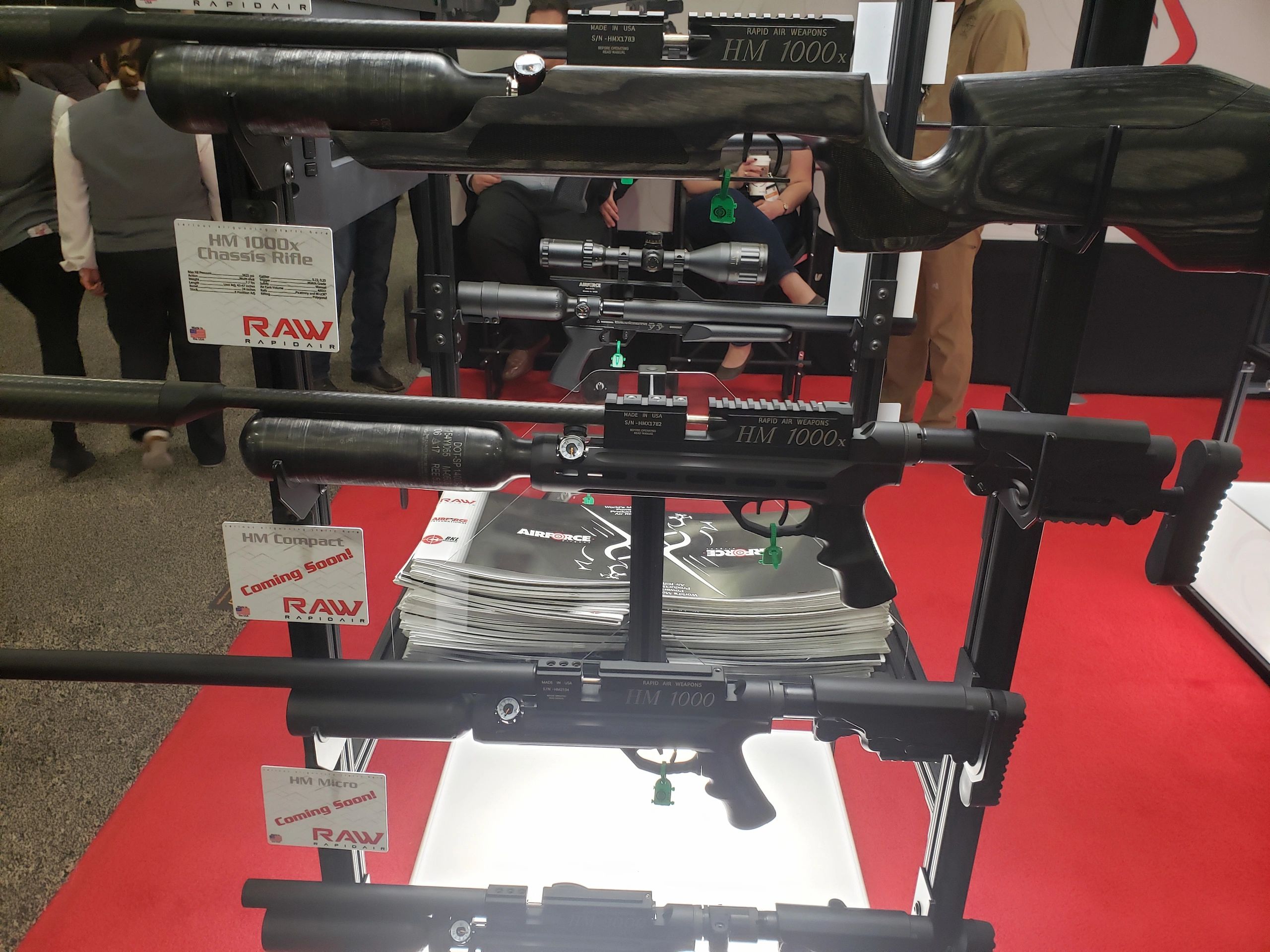 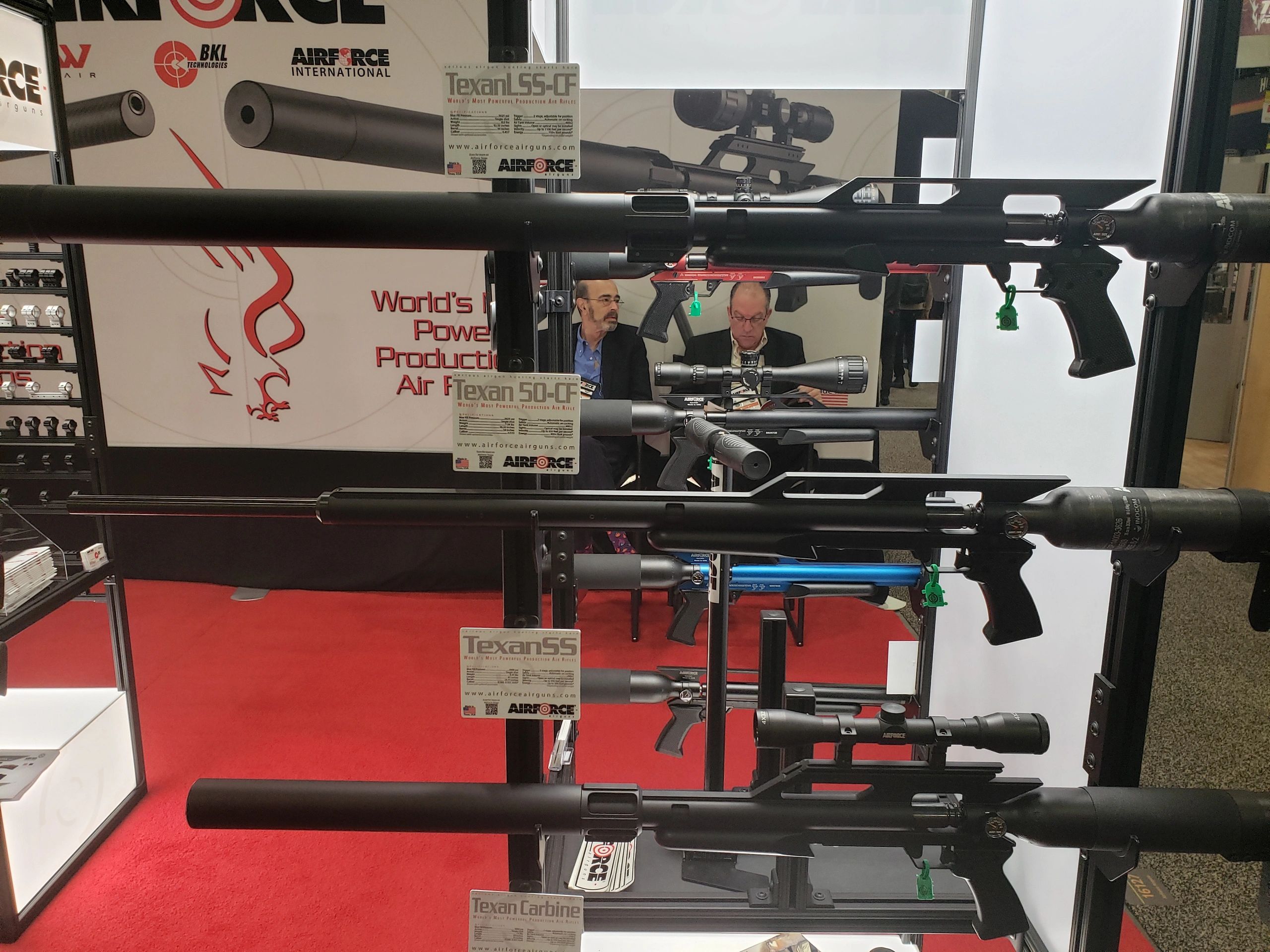